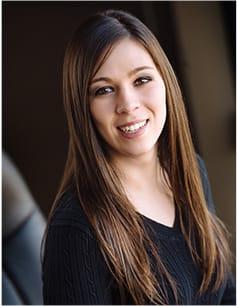 Bailey Savage’s practice areas consist of all residential real estate matters including conveyancing, mortgage and financing, private lending and contract drafting. She assists in drafting and reviewing shareholder agreements for her corporate and business clients and has expanded her practice areas to also include drafting Wills, Powers of Attorney and Representation Agreements and estate planning.

Bailey holds a Bachelor of Arts degree from Kwantlen Polytechnic University and a Juris Doctor from the University of British Columbia. She was called to the bar in British Columbia in 2012 and has been with Kane Shannon Weiler LLP since September 2015 practicing in both the Surrey and Abbotsford offices.

While Bailey enjoys her time with her family, she is committed to serving her community and is an appointed member of the Board of Governors of the University of the Fraser Valley.