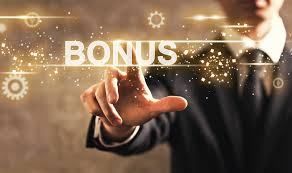 The Supreme Court of Canada (“SCC”) choses cases based on the importance of the legal principles the case evokes. Generally the role of our highest court is to correct errors of law in the lower courts and to bring clarity and uniformity to the law for future cases and to allow the population to “know the rules of the game”.  In some cases the court succeeds:  eg Shaffron which deals with restrictive covenants in employment contracts.  In other areas the court struggles to create that clarity for example in defining the scope of review of administrative tribunals:  e.g. Dunsmuir.

In Matthews versus Ocean Nutrition Canada Ltd. 2020 SCC 26 the SCC overturned the Nova Scotia Court of Appeal and awarded an employee who had been constructively dismissed $1 million under an incentive plan because the triggering event for payment occurred during the 15 month notice period. Further, it held that the language in the LTIP did not remove this common law right to the bonus as damages for wrongful dismissal.  This analysis clarified the law in this area but unfortunately the SCC also took this occasion to attempt to clarify various other aspects of wrongful dismissal law, including the duty of good faith in the performance of contracts.  While clarifying certain aspects of the law of wrongful dismissal and damages, the decision creates uncertainty in respect of the scope of the duty of good faith and honest performance of contracts.

Mr. Matthews was a well-respected experienced chemist who occupied several senior management positions with Ocean.  As a senior manager he was entitled to and enrolled in the long term incentive plan (“LTIP”).  Under the LTIP a “Realization Event” such as a sale would trigger the payment to employees who would qualify under the plan.

In 2007 Ocean hired a new COO who began “a campaign to marginalize” Mr. Mathews which included limiting his responsibilities and lying to him about his prospects and status. He was ostracized within the company and the actions of the company officials were “characterized by dishonesty”.  The misconduct was truly egregious as the company had “no qualms about leaving Matthews in a state of anxiety about his future” and left him in a “prolonged state of anxiety and uncertainty”.  Mr. Matthews endured the misconduct for years primarily because he knew the company would be sold and he wanted to preserve his LTIP bonus. However he finally had enough and quit.  He successfully sued for constructive dismissal and the court awarded damages based on a 15 month notice period.  Neither the constructive dismissal nor the notice period was challenged in the SCC.  The company was sold 13 months after he quit.  In his wrongful dismissal action he claimed payment of the $1 million bonus under the LTIP. He also sought a declaration that the dismissal was done in bad faith.

The SCC confirmed that in this case there were two basis to find a constructive dismissal as per its hallmark decision in Potter.  First the employer had substantially breached an express or implied term of the employment contract by unilaterally reducing his responsibilities.  Secondly Ocean’s mistreatment of Mr. Matthews over the years made his continued employment intolerable and the cumulative actions over time demonstrated that Ocean no longer intended to be bound by the contract.

The SCC noted that it was unnecessary to consider a separate claim for damages for the breach of the duty of good faith and honesty as the key issue of whether Mr. Matthews was entitled to the LTIP award was easily answered by applying common law damage principles.

The court clarified that a claim for the bonus was part of the claim for damages for wrongful dismissal and was not a claim under the LTIP.  That is to say a court will put the employee in the same position as he would have been if he had been given “reasonable working notice”.  Therefore the question was in the first instance “whether, but for the termination, the employee would have been entitled to the bonus during the reasonable notice period.”  The court had no problem in finding that Mr. Matthews would have been so entitled.

The second question then is whether the terms of the LTIP removed Mr. Matthews’ common law right. The test for exclusion is very onerous and the language of the clause will be “strictly construed”.   The language of the exclusion clause must be “absolutely clear and unambiguous”.  So, for example, language requiring an employee to be “full time” or “active” will not suffice.  Even language such as “with or without cause” will not suffice to remove the common law right to the bonus.  The SCC puts an exclamation mark on this point—the exclusion clause “must clearlycover the exact circumstances which have arisen” in order to be effective (emphasis added).

The court applied these principles to find that the exclusion clause in the LTIP did not apply to exclude the bonus.  That clause 2.03 read:

SCC then looked at clause 2.05 that had not been considered by the trial judge to see if it excluded the bonus claim.  The clause read:

“The Long Term Value Creation Bonus Plan does not have any current or future value other than on the date of a Realization Event and shall not be calculated as part of the Employee’s compensation for any purpose, including in connection the Employee’s resignation or in any severance calculation.”

The SCC said no.  It distinguished between “damages” and “severance”—the former protect employees by providing an opportunity to seek alternative employment; the latter “acts to compensate long-serving employees for their years of service and investment in the employer’s business and for the special losses they suffer when their employment terminates”. The court noted this is how the concept of severance is used in many provincial employment standards legislation.

The SCC also confirms that there is no implied term that an employer provide “pay in lieu” that would supplant the concept of reasonable notice.   Such a term would be too complex to provide pay in lieu of notice; if there was a term that required “pay in lieu” then that would require the employer to pay it at the time of termination and finally pay in lieu would eliminate the obligation to mitigate damages by seeking alternate employment.

In the normal course this would have been the end of the decision. The plaintiff had argued not only breach of contract but also breach of the duty of good faith. The plaintiff did not claim mental stress damages which are usually associated with bad faith claims.  Nor did he pursue in the SCC claims for punitive damages.  These damages may have been available to him if he had pleaded same:

So long as damages are appropriately made out and causation established, a breach of a duty of good faith could certainly give rise to distinct damages based on the principles in Hadley …including damages for mental distress.  Punitive damages could also be available in certain circumstances.

The plaintiff never claimed damages for mental stress which are different than damages for wrongful dismissal. Since the result would have been the same i.e. payment of $1 million, it was unnecessary for the court to consider this alternative argument for damages for bad faith.

However although not necessary for the outcome of the case ,the SCC decided to opine on the nature of the duty of good faith performance of a contract as outlined by the SCC in Bhasin and further analyzed in Keayes and Potter.

The court noted that despite the outrageous conduct of the employer in the four year campaign highlighted by dishonesty, the trial judge did not explicitly find a breach of contract.

Here are a few principles extracted from this portion of the judgment:

“It might be that, as argued by various parties in this appeal, a duty of good faith will one day bind the employer based on a mutual obligation of loyalty in a non-fiduciary sense during the life of the employment contract, owed reciprocally by both the employer and the employee.  I recognize, however, that whether the law should recognize this is a matter of fair debate.

This is a dismissal case.  In light of the comment in Bhasin that the common law should develop in an incremental fashion, I would decline to decide whether a broader duty exists during the life of the employment contract in the absence of an appropriate factual record.”

“Nevertheless, a proper acknowledgement that an employer’s conduct was contrary to the expected standard of good faith can transcend the request for damages, and may be meaningful for an employee in a way that a mere finding that reasonable notice was provided cannot.  One aspect of this relates to dignity in the workplace and the non-financial value associated with fair treatment upon dismissal…Indeed, this Court has been emphatic in recognizing that, in addition to whatever financial dimension work entails, a person’s employment is  ‘an essential component of [their] sense of identity, self-worth and emotional well-being’ …To this end , it is understandable that employees seek some recognition that they have been mistreated, reflecting that they feel it unfair beyond any compensatory matter, that they were forced to quit in such circumstances.”

This last comment by the court is most troubling.  The court provides no road map as to how these obiter comments will play out in future claims or what the utility of a declaration of a contractual breach related to good faith in the formal sense would be.   Yet it continues to assert the importance of the role of work in an employee’s life.  Nevertheless I am certain we will see plaintiffs’ counsel build on these comments to construct further claims against employers who have alleged acted in bad faith.  Such claims might include in the extreme case a claim for reinstatement or extension of the notice period beyond the normal notice period.

On the key issue in the appeal, employers should consider the wording of their employment contracts to see if in fact they have contracted out of the obligation to pay any incentive bonus that would otherwise come due during the notice period.  It will be extremely difficult to craft such enforceable language in light of this decision.

But perhaps a better solution is to ensure that there is a written employment agreement in place that limits the employee’s right to reasonable notice at common law.  In this case it could have been possible under BC law to have an enforceable contract that limited Mr. Matthews’ damages to 8 weeks notwithstanding his 15 year tenure.  That in turn on the facts of this case would have eliminated the right to the $1 million bonus.

The uncertainty created by the SCC’s obiter comments on the duty of good faith and honest performance is unfortunate.  In the real world it is hard to be honest with employees all of the time. However the comments by the court serve as a good reminder to employers to treat their employees with respect and fairness and above all honesty.