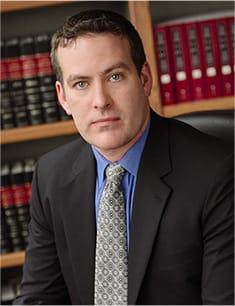 Kevin is a lawyer in the tax group at Kane Shannon & Weiler. Kevin graduated from the University of Saskatchewan with a Law Degree in 2002. He was called to the Alberta bar in 2003 and the British Columbia Bar in 2012.

Kevin grew up in Sault Ste Marie, Ontario. In 1988, he moved to Calgary to train with the national speed skating team. Kevin has travelled extensively throughout North America, Europe and Asia competing for Canada at various World Cups and World Championships. Kevin is also a two-time Olympian, competing in the 1992 and 1994 Winter Olympics and is a former world record holder and World Champion Gold Medalist in the 1000 meter event. In 1993, Kevin formed a business with another Olympian that offered skating instruction and fitness to several NHL hockey teams including the Detroit Redwings and the Washington Capitals.

After his sporting career, Kevin practiced as a tax lawyer with a national law firm in Calgary where he acted for numerous large energy corporations and funds. In 2012, Kevin moved to Vancouver, and joined Kane Shannon & Weiler.

Kevin is married to his lovely wife Suzanne and he has three children, Julia, Danielle and Hayden. Kevin’s family loves spending time at their cabin on Salt Spring Island, BC.