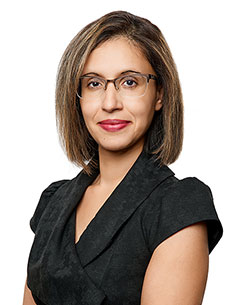 Send Me An Email

Kanchan has extensive experience in family law and is the head of the Family Law Group at Kane Shannon Weiler LLP.

Kanchan  was  born  in  Vancouver,  BC.  She  spent  8  years of her childhood in her ancestral village in Dhahan, Punjab, India. As a result, she can fluently read, write, and speak Punjabi.

Kanchan graduated from law school at the University of British Columbia in December 2010 and was called to the Bar in BC in March 2012. She articled and practised in Langley, BC for several years and practised in Prince George, BC between 2014 and 2016, before becoming an independent contractor working with several law firms in the Lower Mainland and Prince George.

Kanchan is dedicated to assisting her clients reach a resolution as efficiently as possible, including by way of out-of-court processes when and as possible.

Kanchan is experienced in court work and has appeared in the BC Provincial Court, Supreme Court, and Court of Appeal.

In her free time, Kanchan enjoys going for runs and most importantly spending time with her family.