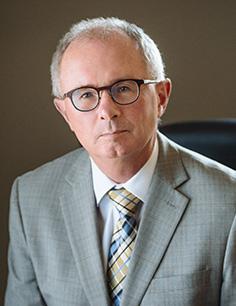 100% of Practice Devoted to Litigation

Mr. Godwin is also a licensed pharmacist in British Columbia. His experience in legal practice is in the area of civil litigation with emphasis on general contractual litigation, professional discipline, insolvency matters, landlord and tenant litigation, intellectual property disputes, personal injury claims and Canadian immigration and citizenship claims and appeals. Mr. Godwin regularly acts as counsel to the Coroner on inquests held in British Columbia.

Mr. Godwin practiced as a pharmacist at St. Paul’s Hospital in Vancouver. Mr. Godwin articled with the Vancouver law firm of Bull, Housser & Tupper where he also practiced from 1987 to 1994. He joined Baker Newby LLP as an Associate in 1994 and was a Partner from 1998 until joining our firm in April 2012. Mr. Godwin is a member of the Canadian, Vancouver and Fraser Valley Bar Associations, and is a member of the College of Pharmacists of British Columbia.