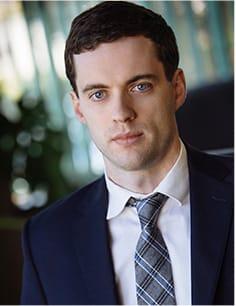 Angus MacLennan was born in Halifax, Nova Scotia. After finishing high school in Halifax, he graduated from St. Francis Xavier (or simply “X”) in 2008. Before beginning law school, he taught English in South Korea. He graduated from Dalhousie Law in 2012. He was called to the bar in 2013 in both British Columbia and Nova Scotia. He joined Kane Shannon Weiler LLP in 2017.

Outside of law, Angus comes from a musical family and developed interest in music at an early age. After hearing American guitarist Randy Rhoads, he gave up trying to learn the opening chord used in “A Hard Day’s Night”, turned his amp up to 11, and never looked back. He began teaching guitar at age 15, and has continued his interest in teaching as a guest lecturer in local high school law classes.