BC’s No Fault Motor Vehicle Insurance Scheme – Do you know what rights you’re giving up?

No Fault Insurance BC

On February 6, 2020, the NDP government in British Columbia announced its intention to impose a “No fault” automobile insurance scheme onto British Columbians effective May 2021.  These changes are arguably the largest social policy shift in British Columbia in recent memory.  The announcement was made with virtually no public consultation and in fact, that was largely the point.

The Attorney General, David Eby, offered a highly controlled narrative suggesting that such changes were necessary because lawyers and (by inference) their clients were taking too much money out of the system.  According to Minister Eby, a “No Fault” system is necessary to stabilize insurance rates with a promise to lower them, at least in the short term.   In making the announcement, the NDP government had offered no advance notice which might otherwise have countered its narrative.  The NDP neither sought nor wanted any public input presumably because it had internally resolved itself to this ideological change.  By inference, the NDP claimed exclusive knowledge as to what is best for the motoring public in British Columbia.  On July 15, 2020, the NDP passed the No Fault legislation as part of Bill 11.  Much of the detailed application of Bill 11 will be determined through the passage of a series of regulations which have yet to be announced by the NDP.

What Does This Mean?

The net effect of that wisdom includes the exclusion of various rights that individuals now have to access our court system in the event they should disagree with the way that ICBC has managed or otherwise considered their claim.  A “No Fault” scheme as it is considered by the NDP, would essentially deny accident victims access to our courts.  It will eliminate “pain and suffering” awards to victims of car accidents who will have to endure potentially a lifetime of chronic pain without any form of compensation or recognition.

More troubling is that upon closer examination, the No Fault scheme envisioned by the NDP government offers far less to the motoring public in terms of protecting them against losses they may suffer as a consequence of an accident which is not their fault.  They have removed access to a number of forms of compensation for victims of car accidents.  These changes could have a considerably detrimental effect on the lives of accident victims and their livelihood.

The No Fault scheme introduced by the NDP is not about road safety and the NDP government has done nothing to make the roads safer through this announcement.  The No Fault scheme to be implemented by the NDP offers no long-term economic modelling and if the experience of other No Fault jurisdictions is considered, their general experience has been a rise in insurance rates to what they would have been in about three to five years following implementation of the scheme.  The No Fault scheme envisioned by the NDP will do nothing to make our road travel safer in British Columbia and based upon the experiences in other No Fault jurisdictions, it could in fact make our roads less safe.

Recent surveys indicate that British Columbians have been kept largely uninformed on the issues surrounding the NDP’s intended changes and their narrative has largely been directed at obtaining cost savings by removing those involved in accidents from access to our courts (and to lawyers by implication).  The NDP narrative is that through the exclusion of the legal processes currently in place, somehow greater fairness for all shall prevail.  Consequently, because claimants no longer need lawyers and can no longer access the courts except in the most limited of circumstances, there will be cost savings for all in British Columbia. That narrative and the assumptions associated with it remain largely unchallenged by the media.

The term “No Fault” insurance is actually something of a misnomer.  It was originally adopted by various insurers in North America to describe a type of insurance contract which indemnifies (or compensates) the insured party for their losses by their own insurance company regardless of the source of the cause of the loss.  This meant that even if the other party had insufficient insurance coverage, a motorist would still be covered by his own insurance company for losses stemming from an accident.   Since approximately 1974, motorists in British Columbia have been required to purchase basic liability insurance through ICBC, although secondary insurance coverage is available.  Nevertheless every motorist licensed in British Columbia must purchase automobile insurance though ICBC.   In this regard, ICBC has operated in a system where fault for an accident is a primary determining feature in premium increases when assessing individual insurance rates in the province.   Automobile insurance in British Columbia has always borne some similarities to other jurisdictions where pure no fault insurance schemes exist. Accordingly, ICBC paid some limited benefits out to motorists regardless of fault, yet “at fault” drivers in British Columbia could well face insurance higher premiums through their own negligent driving.

What Rights Will Be Lost?

Alternatively, motorists in British Columbia who were not principally at fault have, through our courts, access to compensation which include damages for past and future income losses, past and future care costs, and compensation for pain and suffering.  Court awards in British Columbia are designed to compensate victims of car accidents in such a way as to put them in approximately the same position they would have been in had the accident not occurred, as much as can be done.  This remains a basic principle of justice, of fairness and equity.  Our Canadian justice system is based upon such principles.

Those not at fault, or only partially at fault, have in British Columbia, historically have had access to compensation for their losses including past and future income losses, care costs, both past and prospective and, as previously mentioned, compensation for their pain and suffering.   At least that was both the law and legal tradition of the province until the NDP completely eradicated the idea of putting the non-negligent victim of a car accident back into the place he or she would have been in had the accident not occurred.  Instead they have put in place a rigid but confusing insurance scheme starting in May 2021, which will pay limited wage replacement benefits to accident victims and no compensation for pain and suffering.  Care needs, such as housekeeping assistance, therapy costs, and counselling, will be dispensed on a “pay as you go” basis by ICBC adjusters.  If an injured person disagrees with the way ICBC is determining the benefits which are payable, there is no access to our courts for any sort of final resolution.  In this regard, a chronically injured person who struggles in the years following an accident will have no finality and will be required to continue to rely on ICBC to maintain their limited benefits.  That system of indefinite request will be the course for injured victims of car accidents until they are cut off from their benefits from ICBC.

Perspective of an Experienced PI Lawyer

In my experience as a lawyer for over thirty years, this is likely to have serious consequences for victims of car accidents.  The NDP are creating a system whereby victims will be entirely reliant on the whims of the adjuster and the payment of benefits as determined by the adjuster.  This sense of dependence, particularly experienced by chronically injured victims, could have a highly detrimental effect on the accident victim.  If ICBC, for whatever reason, determines that benefits should no longer be forthcoming, the accident victim will be left with relatively few options.  ICBC has enormous financial power at their disposal to investigate claims and is prepared to use the methods it has at its disposal.  They also have the power to access considerable personal information about claimants and to involve themselves in the daily lives of injured victims through surveillance, online investigations and other investigative methods in order to reach conclusions helpful to limiting payouts to accident victims.  It is in my experience, difficult enough for a healthy person to fight a powerful government Crown Corporation, but to require an injured victim of a car accident to fight against ICBC largely on their own, as Bill 11 requires, would be beyond the capabilities of most of us.  The fact that many people in British Columbia cannot find a family doctor is even more troubling because a victims’ eligibility for benefits require input from a family physician.

What Can We Do?

At this point I urge you to become more informed on the No Fault changes set to take place as of May 2021 and to contact your MLA with your concerns.  I also urge you to strongly consider this issue when voting for the next government.  I recommend going to the websites such as www.notonofault.com and when considering the issues, please ask yourself whether this is the type of insurance scheme you want whereby you surrender control of your health and recovery from a car accident over to ICBC, which will make decisions based on its best interests and not yours.  I’ll be writing more on this important issue over the course of the next weeks and months.

Say no to no fault!

Note to our Readers: This is not legal advice. If you are looking for legal advice in relation to a particular matter, please contact Peter Unruh. 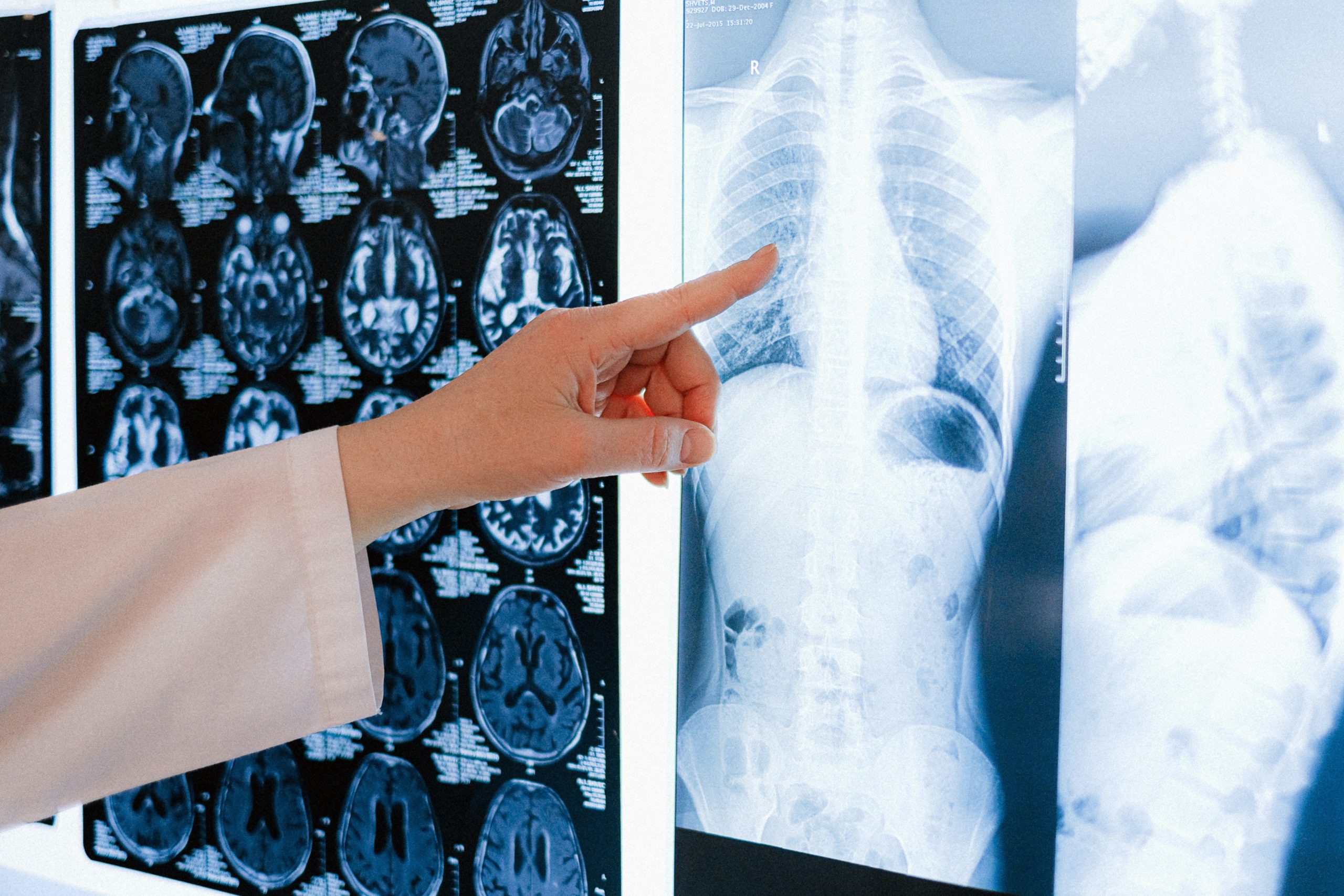